3DViewer for JT™ was created by Nimble Development for Microsoft and Siemens. The goal of the application was twofold: First, we wanted to create a tablet and touch-friendly 3D viewing application in preparation for the Windows Surface tablet rollout. Second, we wanted to leverage the JT Open file format from the Siemens PLM Software division.

Developing NimbleVue presented a couple of interesting challenges. First, we needed to create a user interface consistent with the Microsoft “Modern UI” style guidelines (Modern used to be called Metro). Given the hierarchical nature of the data, one would naturally expect to see it represented in a typical tree fashion. However, tree controls are discouraged in the Modern UI paradigm as they’re not terribly touch-friendly. Therefore we came up with some new user interface paradigms to address navigating hierarchical data in a non-tree fashion. Our second challenge was to implement the 3D rendering using DirectX as a control consumed by a WinRT application. We not only achieved this, but we have some pretty awesome frame rates to show for our efforts.

3DViewer for JT™ is available now in the Windows Store. 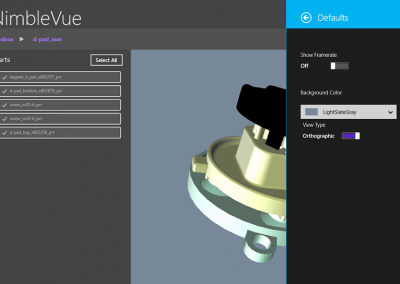 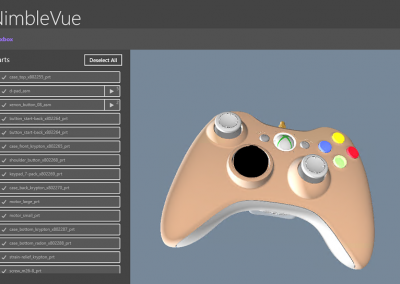 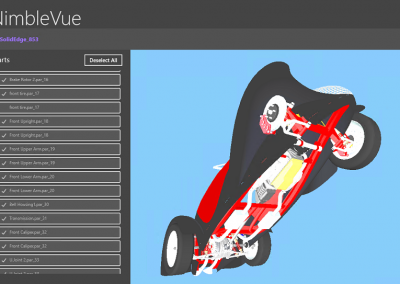 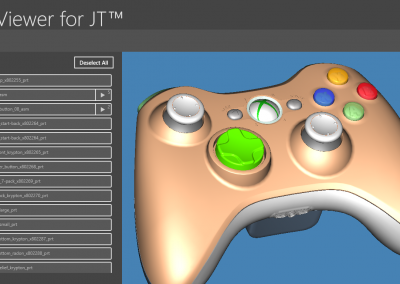